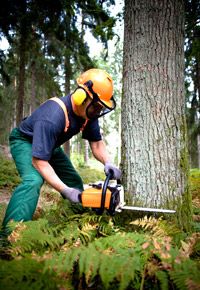 Especially in an election year, it’s a bit dangerous to mention politics. Tempers are more likely to flare. But before you start citing indictments against “big government,” please notice that in a future post, we’ll take a look at how government intervention can actually hurt the lumber industry; we’re not taking sides, don’t worry. The example we’re considering today is the place of logging bans on Myanmar, particularly as they relate to the Teak market.

Effects on the Burmese Lumber Market

Also known as Burma, this little country is nestled between India and Thailand. Once controlled by England as part of the Indian Empire, this now independent nation has had a bumpy road in recent decades, including protests, killings, and natural disasters. The Myanmar Timber Enterprise has been greatly affected by the political unrest and difficulties plaguing the nation.

In 2014, the U.S. Treasury Department’s Office of Foreign Asset Control granted an exclusive license to members of the International Wood Products Association, allowing direct importing of lumber from Myanmar. 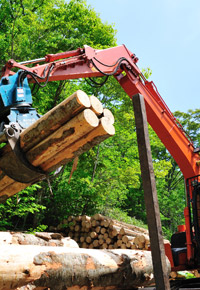 This license provided long-awaited clarity regarding the legality of importing Burmese Teak, but perhaps even more importantly, it allowed us (as members of the IWPA) to begin taking strides toward helping Myanmar’s timber trade to move toward reform and sustainability.

Changes to the Burmese Lumber Market

Once embodying the ideals of sustainable forestry practice, Myanmar struggled in every way during decades of military government rule following British control. Recent years have brought trade embargoes and a variety of political issues that have prevented any outside intervention. As a result, the forests have suffered.

The new government has allowed the IWPA — along with the European and Australian Timber Trade — to offer expertise and assistance. Due to regulations and logging bans, the Myanmar timber trade shifted from being merely a log export country to being a sawmill country. The impact of this shift leaves sawmills with much to learn, and the new license offers IWPA members a unique opportunity to encourage sustainable forestry management practices as well as modern methods of sawing for quality.

Growth of the Burmese Lumber Market 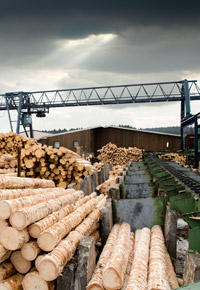 Timber trade reform is only one piece of the puzzle in our new relationship with Myanmar, though. Another one is to help promote lesser known species indigenous to that country. While Teak will probably always be their main export, other exceptional species are virtually unknown here in the U.S. As usage of these other species becomes more diversified and new markets are established, Myanmar will be able to take significant steps toward healthy forests and a sustainable ecosystem.

One important response to these changes is having a clearly defined import process for Teak that allows for continual sourcing of genuine, high-quality Teak. J. Gibson McIlvain is committed to both verifying the legality of the Teak we supply and ensuring that our Teak inventory reflects the highest quality available.

To find out more about how you can ensure the legality of the Teak lumber you purchase, take a look at Part 2.

We have provided fine lumber for notable projects throughout the world, including the Smithsonian museums, Supreme Court building, the White House, Capitol building, and celebrity homes nationwide. END_OF_DOCUMENT_TOKEN_TO_BE_REPLACED